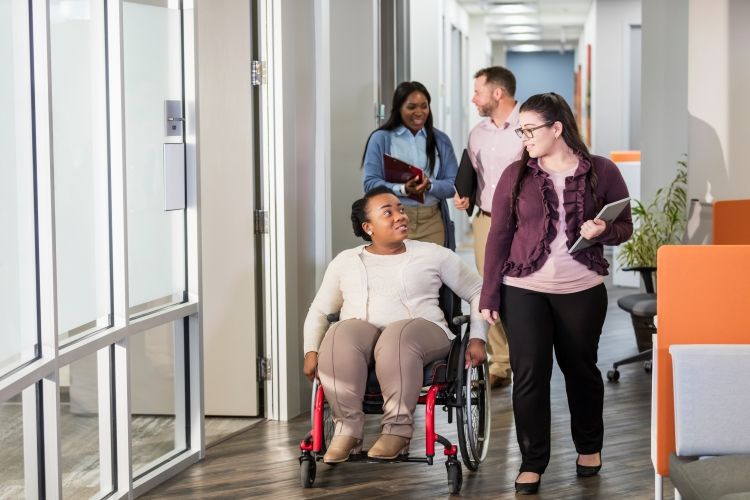 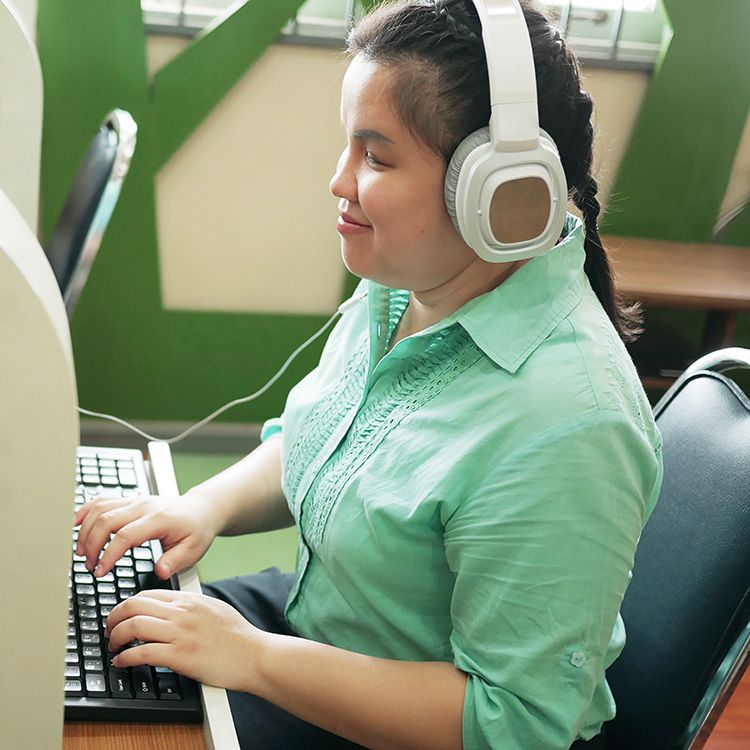 Advocating for herself and others leads to a fulfilling career in a growing field. 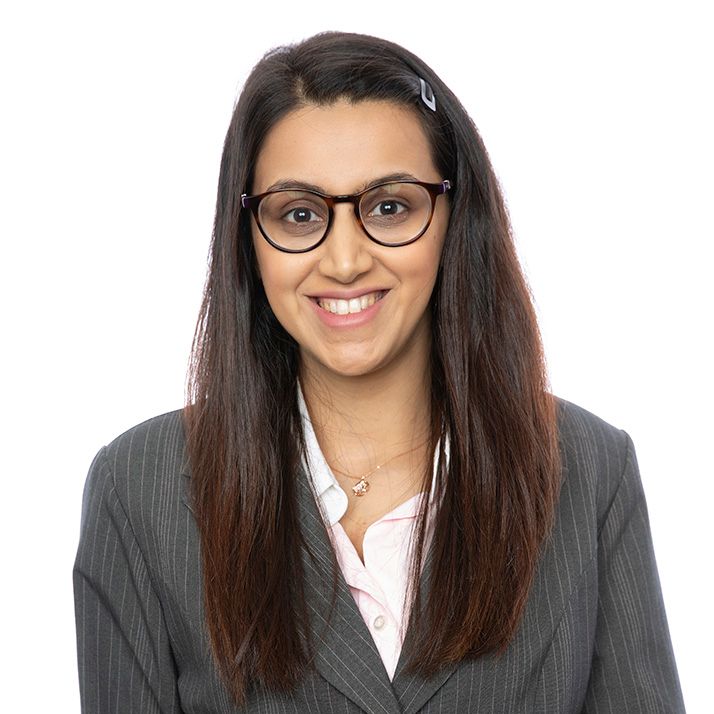 Diagnosed with a congenital heart defect at three weeks old, Zarin Hamid had the first of four open heart surgeries shortly thereafter. At age 10, she had a heart transplant that led to some complications, which left her vocal cords partially paralyzed. In the face of these ongoing health challenges, however, the now 29-year-old stayed firmly focused on her future, which included a desire to pursue higher education.

Zarin attended Saint Leo University, where she majored in International Studies and minored in Political Science. However, after graduating in 2015, she had a difficult time finding employment. She had many interviews but was unable to secure a job in light of her voice being impacted by damage to her vocal cords.

After several months of job searching, Zarin accepted a temporary position with the State of Florida but was let go after a year. Frustrated, but not deterred, she went back to school to earn a certificate in cyber security—an in-demand field she felt offered an opportunity to counter misconceptions—while also working full time. “I wanted to learn these skills so people wouldn’t judge me for being disabled, they would just see the skills I had and what I could do,” she says. In spring 2018, she completed her certification. Another turning point occurred that fall, when she connected with a disability advocate on social media who recommended that she apply for Disability:IN’s NextGen Leader Initiatives.

Once accepted to the program, Zarin was paired with Royal Caribbean’s Americans with Disabilities Act (ADA) Director, who served as her mentor. He provided career advice and encouraged her to know her rights. She also attended the Disability:IN annual conference and its corresponding Talent Accelerator (now the Leadership Academy), where she participated in various networking events. This experience led to a job offer as a cyber security analyst for a bank in Pennsylvania.

In this role, Zarin analyzes current and emerging trends to prepare for and prevent possible cyber security attacks on the bank. She notes that one of her favorite aspects of the job is the company’s inclusive culture. The bank has a disability-focused employee resource group (ERG), hosts a conference every October for National Disability Employment Awareness Month (NDEAM) and assigns mentors to new employees—something she understands the value of given her experience with the NextGen Leader Initiatives.

Zarin is also a part time entrepreneur for a social media e-commerce app called FELOH (which stands for “For Everyone's Love of Hair”). She credits persistence for her success. “I have faced discrimination because of my disability, been underestimated and not considered for jobs, and not been able to take certain opportunities because they didn’t offer health insurance, which is vitally important for me. A lot of people would give up after a year or two,” she says.

Her advice to other job seekers with disabilities is to know their rights, advocate for themselves and reach out for help if needed. As for employers, she encourages them to focus not on someone’s disability, but rather on the skills and abilities they bring to the organization. She believes education and training for HR departments is critical in this regard.

The key, Zarin feels, is better understanding, on the part of both individuals and employers. To support this, she volunteers her time helping other young people with disabilities who have faced workplace discrimination, paving the way for the next generation of workers with disabilities.